Hey folks! This military sytle RPG seems like it has more feels in it than you would think. The gameplay looks pretty solid and there are definitely some fun combat scenes, featuring 2 different kinds of combat (short-range and long range). Check out this game for an awesome indie military style RPG.

“Long Gone Days is a 2D modern-day military RPG set in our current times, with a focus on language and cultural barriers, inspired by classic dystopian literature and visual novels. Coming to Early Access in March 28th, 2018

After being deployed to his first mission, Rourke leaves The Core’s base for the very first time, only to discover the dark truth about the operation he’s part of and the consequences of deserting an inescapable war.

With no place to call home now, he must prevent the war from spreading any further, forming strong bonds along the way that will forever change his life.”

“Long Gone Days may not have been on many gamers’ radars as it is a bit of a niche title and may not be for everybody, but as any fan of independent RPGs will tell you; the more the merrier. The genre is a great place for talented independent game developers to flourish and gamers to have access to lots of quality content at generally low cost. This particular game follows suit with many other entries in the growing scene of independent RPG’s that blend traditional mechanics like turn-based combat with visual novel elements and interesting choices to pick while conversing with characters.

For better and for worse, Long Gone Days plays it safe in a lot of ways. This game by no means features a unique blend of elements, and Long Gone Days does very little to expand on your expectations of the genre. If you have ever played a game of this type before, odds are, you are very unlikely to see much in this title that you haven’t seen somewhere else. On top of that, if you have much experience with RPGs you’ve also probably seen most of those elements done better. This doesn’t mean Long Gone Days isn’t worth your time though.”

“Right away, it is clear in Long Gone Days the decisions you make actually matter. Based on your responses to conversations, characters may treat you entirely different, with the plot potentially unfolding in a myriad of ways, even if it isn’t always a dramatic pivot between choices. There are even moments where you need to hire the services of an interpreter to speak with people from other nationalities than your own. After all, saying the wrong thing in a hostile territory could be dangerous.

This leads us to the core of the gameplay. Key events are broken up through a variety of hooks that include dialogue between other characters, on-foot exploration, sniping segments, and turn-based combat. Although the first two mechanics are fairly standard, it’s the last two bullet points that set Long Gone Days apart from its brethren. For the sniping, all you see is a cross-hair and the targets wandering around off in the distance. Some don’t pose a threat to you as they wander along their set paths, while others are ready and aiming directly at your nest.” 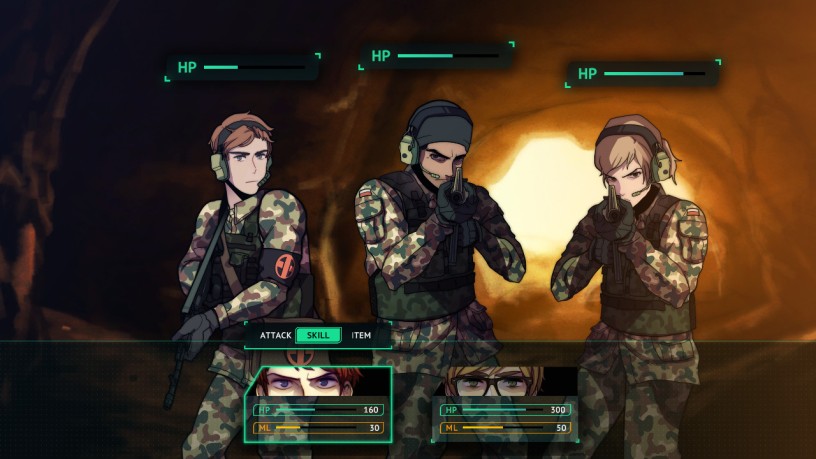 Destructoid – By: Ray Porreca – No Rating

“Combat manifests in two different forms: Turn-based fights in close quarters, and ranged engagements where Rourke peers through his rifle’s optics and picks off enemies from afar, not unlike Silent Scope.

The sniper sequences, though infrequent during the playable chapter, are a neat departure for a game that looks and plays like a traditional RPG. During regular combat, Rourke and his allies can target specific enemy body parts, each of which has an armor and evasion rating. Aiming at a soldier’s head, for example, will either result in huge damage or a frustrating miss, while attacking someone’s torso is a surefire way to land a low-damaging attack due to body armor. In addition to limb-based targeting, every party member has combat skills that are guaranteed to work. Rourke’s sniper training allows him to utilize damage-dealing targeted shots, while Adair provides healing. Each skill comes at the cost of Morale, however, which needs to be managed at all times.

Fighting can get frustrating. As mentioned, turn-based encounters play out slowly while Rourke and company struggle to land non-skill attacks for significant damage. The combat pacing doesn’t feel methodical or intentional at this stage but instead feels as though it needs to be balanced. Players probably won’t lose any of the game’s bespoke encounters, but they’ll more than likely finish a fight feeling like it took a few minutes too long.

Still, Long Gone Days is easy to recommend even with its clunky spin on turn-based combat. Its opening chapter is a convincing glimpse of what’s to come. The game’s current form is a small slice of compelling dialogue and interesting characters, set against a backdrop of conflict that seems plausible and weighty. Rourke and his newfound allies have the most powerful military force in the world chasing after them, and though the consequences of rebelling seem dire, I can’t wait to see what’s next.”